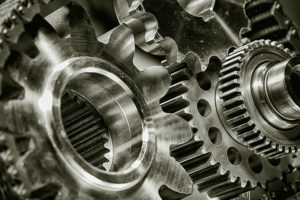 Wood was originally the go-to material for aircraft in the past since it’s an extremely lightweight material, yet strong enough to carry the load of the aircraft engine. The historical first human flight with an aircraft by the Wright brothers in 1903 utilized an airplane made from mostly bamboo and spruce.

Years after, continuous innovations introduced the application of metal in the aerospace industry. Hugo Junkers, an aircraft designer, built the first full metal aircraft in 1915 which is mostly made of aluminum alloys.

Since then, the aerospace industry continued to evolve, finding new ways and materials to build sturdy and long-lasting aircraft. Now, commercial and general aviation utilizes different metals in their application.

Here are some of the most commonly used metals for aerospace systems.

Aluminum still remains as the most used metal in the aerospace application. It is lightweight compared to other metals or steels, which is important for fuel efficiency and to allow an aircraft to carry more weight.

Aluminum and its alloys are also known for their strength and corrosion-resistance, making it an ideal material for machinery and engine components. The industry requires strong materials that can take on pressures and stress caused by high altitude flying, extreme heat and weather conditions.

Titanium is also a popular material because of its strength, low density,  and corrosion-resistance. In the 1950s, the titanium industry grew in response to the continuous demand of the emerging aerospace industry.

Tungsten and its alloys are widely used in aerospace engineering and machining. These alloys are used in machinery components to ensure balance and minimize vibrations.

Tungsten is extremely useful in checking the balance of aerospace components and the complete aircraft itself which is essential to ensure a safe and stable flight.

For a safer, more reliable and more cost-effective aircraft, the industry continues to utilize the benefits of different metals and alloys in their applications.

Here at N&S Aero, we make sure to meet the metal components and hard coating needs of the growing industry. Contact us or request a quote for your aerospace system needs.